Female Infertility due to Stress 1 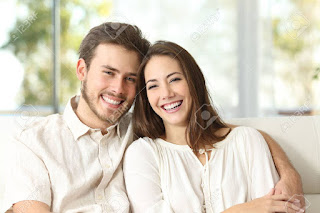 My memories
Female Infertility  due to Stress    1
Posted in 2014

Researchers do not yet understand the role stress plays, since women can and often do get pregnant even under the intense stress, for example, that follows the death of a spouse. "I suspect that some women are more reproductively sensitive to stress than other women," says Alice Domar, who directs the Domar Center for Mind/Body Health in Boston. And the effect can feed on itself. "If you are stressed and you don't get pregnant quickly, then you get more stressed," says Domar, citing evidence from a study in Taiwan in which 40 percent of participants seeking infertility treatment were diagnosed with depression or anxiety. The treatment itself can be stressful, she adds, adding even more uncertainty.
If stress can influence the chance of conception, managing it may improve the odds. Researchers like Sarah Berga, who heads the department of gynecology and obstetrics at Emory University School of Medicine, have been trying to prove just that. Berga and her colleagues studied women who had stopped ovulating for more than six months and found that they had high levels of cortisol, a stress hormone. In stressful situations, cortisol, like adrenaline, pushes metabolism into high gear; sustained high levels can raise blood pressure, cause weight gain, or lead to other health problems. In a small study by Berga published in 2003, seven out of eight participants who received stress management therapy began ovulating again versus two out of eight who got no intervention.

My advise
1....  Stress can interfere with conception. In fact, if you're having a hard time getting pregnant, people may have already said to you, "Just relax and it will happen." Although this can feel insulting, there's a kernel of truth to it.
2....   That's because stress can affect the functioning of the hypothalamus – the gland in the brain that regulates your appetite and emotions, as well as the hormones that tell your ovaries to release eggs. If you're stressed out, you may ovulate later in your cycle or not at all. So if you're only having sex around day 14, thinking that you're about to ovulate, you may miss your opportunity to conceive.
3...    It's important to differentiate between constant and sudden stress. If your stress level is high but fairly consistent, your body will likely acclimate to it and you'll probably still ovulate each cycle. It's sudden stress – such as an accident or a death in the family – that can throw your cycle off and interfere with ovulation.
4....   Of course, this varies from woman to woman. Some women find that even a trip out of town can delay ovulation. Others have found that a severely traumatic incident didn't impact their cycle at all.
5.....  It's also important to remember that stress isn't only a reaction to something negative. Positive stress can also affect your cycle, causing you to ovulate later or not at all. Brides often report strange cycles because they're happily stressed about their weddings.
6....   The good news is that delayed ovulation simply lengthens your entire cycle. It doesn't shorten the luteal phase – typically lasting 12 to 16 days after ovulation to the start of your next menstrual period. This is important because a short luteal phase has been linked to early   miscarriage
7.....  I advise every woman to be happy and eat healthy food to conceive.