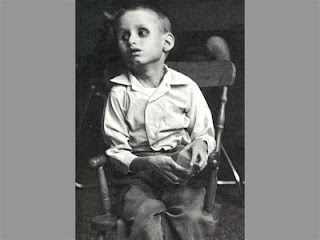 The researchers found that all the mental disorders they looked at showed seasonal distributions. Schizophrenia and bipolar disorder had statistically significant peaks in January, and significant lows in July, August and September. Depression saw an almost significant May peak and a significant November deficit.
"This result is further confirmation of seasonal variations in births of those later diagnosed with mental diseases," said William Grant at the Sunlight, Nutrition and Health Research Center at San Francisco, who did not take part in this research. "This implicates conditions during pregnancy. The two most likely factors are vitamin D status and temperature."
The differences in risk between the disorders could be a result of different factors, or the same factor being important at different periods of pregnancy, Ramagopalan speculated. For example, the same risk factor — say, vitamin D levels — could be important in the third trimester for schizophrenia and bipolar disorder and the second trimester for depression.
"The major implication is that once we understand the cause of these effects, then we can intervene in terms of disease prevention," Ramagopalan told LiveScience.
Factors other than prenatal ones might be involved as well. For instance, children born late in the year may be relatively immature compared with older classmates, and thus do less well academically and socially, which might cause mental stress. "Further, we did not have details on socio-economic status or ethnicity, which may confound our results," Ramagopalan said.
Future research to understand the causes of these effects "would require large birth cohort studies to follow individuals over time," Ramagopalan said.
Ramagopalan and his colleagues detailed their findings online April 4 in the journal PLoS ONE.
My advise
1... Drink sufficient water before and after you conceive.
2.. Oxygen is important to develop brain cells and body cells....Provide sufficient oxygen to your Unborn child
Brought to U..... http://successgain.us