Research on Depression during pregnancy...1

January 24, 2019
Research on Depression during pregnancy 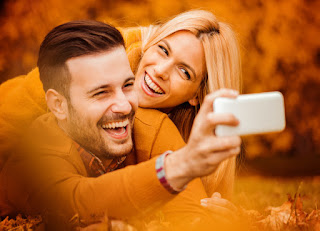 My memories
Research on Depression during pregnancy... 1
Posted in 2015

Research by Scientists:::Van der Waerden and colleagues followed more than 1,100 mother-child pairs in France from pregnancy through the children's fifth birthdays, periodically assessing maternal mental health as well as emotional and behavioral development of the kids.
Researchers questioned the children at age 5 to assess emotional symptoms, conduct problems, signs of hyperactivity or inattention, problems with peer relationships and social behavior
In addition, researchers gave mothers questionnaires to measure depression symptoms during pregnancy and the first year of parenthood, as well as when the children were three and five years old.
Sixty-two percent of the mothers experienced no signs of depression during the study period and 4.6 percent had chronic, severe depression. About one in four had persistent moderate depression symptoms.
For some women, severe depression happened for a shorter period of time, with 3.6 percent of mothers experiencing this only during pregnancy and 4.6 percent only when children were preschoolers....


My advise
1....   Research suggests that about 14 to 23 percent of all pregnant women experience depression during pregnancy.
2....  Depression, a mood disorder that causes a persistent feeling of sadness and loss of interest, is the most common mood disorder in the general population. The condition occurs twice as often in women as in men, and the initial onset of depression peaks during a woman's reproductive years
3...   Some symptoms of depression, including changes in sleep, energy level, appetite and libido, are similar to symptoms of pregnancy.  If these are continued it effects your health as well as your child's health.  The child may suffer from digestion problems, poor energy levels and above all he cannot concentrate on anything in his life due to this he will be the unsuccessful in his life.
4...   Some risk factors for depression during pregnancy include:

5...   Due to depression in her pregnancy her mental condition ... not interested in any work, cannot concentrate on anything and face many health problems due to this her child also face similar symptoms.  It is not good
6...   The signs and symptoms of depression during pregnancy are the same as those that occur with depression in the general population. However, additional clues that might indicate depression during pregnancy include:
7...     I advise every couples to develop positive thoughts so that they will be confidence to face any kind of problems, which results her child will be ready to face any problems and move forward to achieve success..   You can see that your child will be most successful in his life.
8....    Be happy always