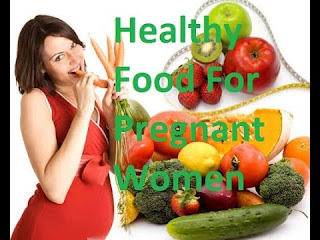 
My memories
Risk of Cerebral palsy
Posted in 2015


Certain factors put babies at an increased risk for CP. These include:

What are the different types of cerebral palsy?

There are different types of CP that affect various parts of the brain. Each type causes specific movement disorders. The types of CP are:

Spastic CP is the most common type of CP, affecting approximately 80 percent of people with CP. It causes stiff muscles and exaggerated reflexes, making it difficult to walk.
Many people with spastic CP have walking abnormalities, such as crossing their knees or making scissorlike movements with their legs while walking. Muscle weakness and paralysis  may also be present.
The symptoms can affect the entire body or just one side of the body.

People with dyskinetic CP have trouble controlling their body movements. The disorder causes involuntary, abnormal movements in the arms, legs, and hands.
In some cases, the face and tongue are also affected. The movements can be slow and writhing or rapid and jerky. They can make it difficult for the affected person to walk, sit, swallow, or talk.

Hypotonic CP causes diminished muscle tone and overly relaxed muscles. The arms and legs move very easily and appear floppy, like a rag doll.
Babies with this type of CP have little control over their head and may have trouble breathing. As they grow older, they may struggle to sit up straight as a result of their weakened muscles. They can also have difficulty speaking, poor reflexes, and walking abnormalities.

Ataxic CP is the least common type of CP. Ataxic CP is characterized by voluntary muscle movements that often appear disorganized, clumsy, or jerky.
People with this form of CP usually have problems with balance and coordination. They may have difficulty walking and performing fine motor functions, such as grasping objects and writing.

Some people have a combination of symptoms from the different types of CP. This is called mixed CP.
In most cases of mixed CP, people experience a mix of spastic and dyskinetic CP.


My advise
1....  It causes premature births and low birth weight
2...   I advise every woman to protect her self and her child from any type of injury or hits.
3....  Take care of your oxygen levels at last stage of your pregnancy  by taking healthy food